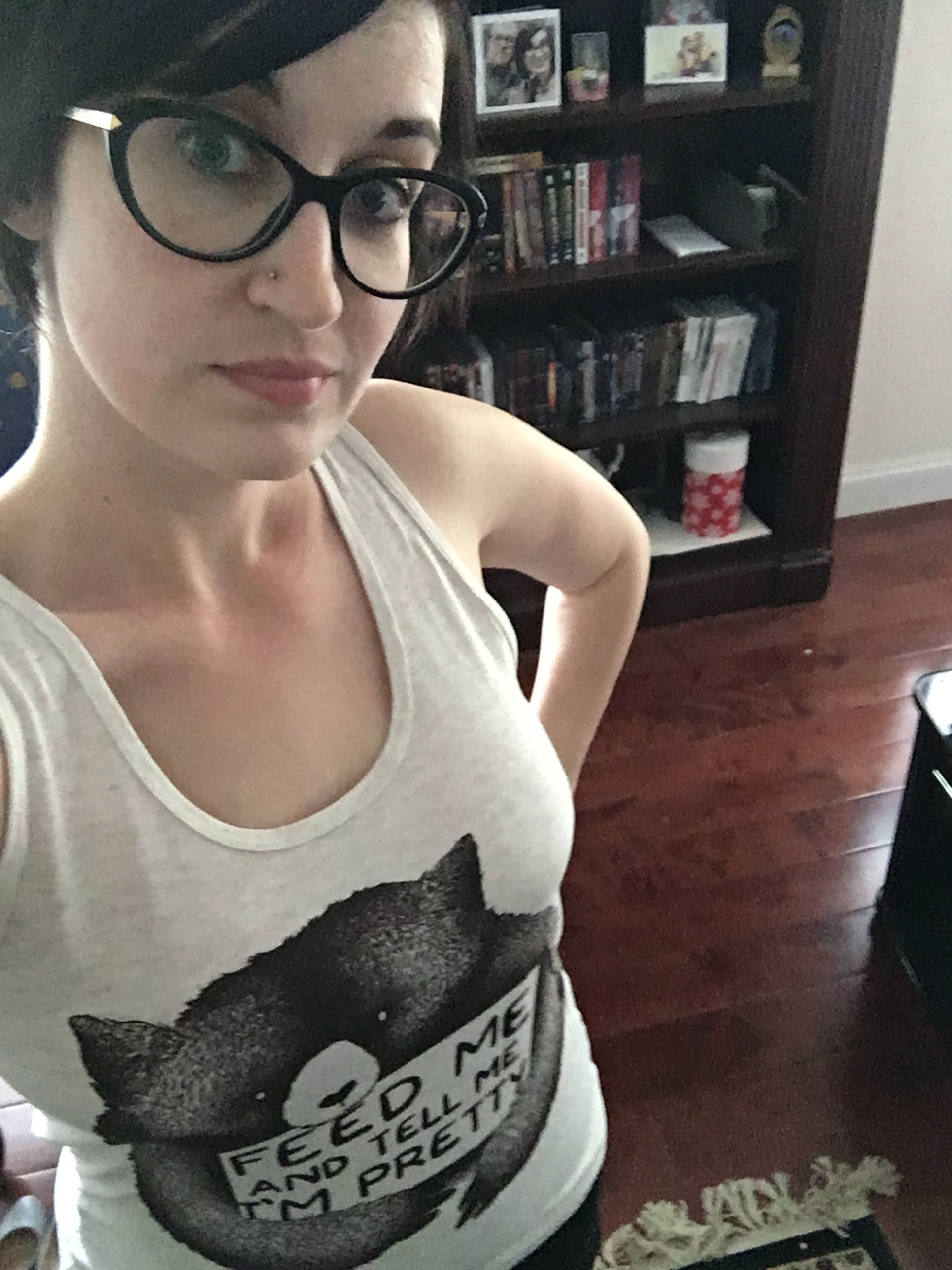 I had an awkward conversation with my ex a bit ago.

He called to (supposedly) ask my advice about a shitty situation he finds himself in, though I think he really just wanted to talk about it. Apparently, he has been banging some chick for the past couple of weeks in order to get over his break up with Alaska chick. To make a long story short, this woman is apparently an alcoholic who has admittedly stolen things (including prescription drugs) from previous boyfriends. He is very confident that she stole one of his guitars when she left his house this morning. He plans to confront her about it (though I told him that was likely pointless), and probably file a police report so he can file a renter’s insurance claim (per my advice).

Anyway, he started complaining about how hard dating is and made the comment, “I don’t pull down lawyers anymore.” To which I replied, “Well you used to, so…” He replied, “I’m not that kind of person anymore.”

What I didn’t say, but wanted to, was, “Maybe you need to be a different kind of person then.” Not because he needs to be dating lawyers, but because dating fucked up people who steal from you is not a good alternative. Especially when you have a kid. How about working on yourself? If you can’t find someone worthy of being in your life, how about not dating?

I can’t even. Way to always be a fucking victim. The unspoken theme throughout the conversation (throughout all of our conversations really) is “you divorced me and broke my heart so now I’m doomed to date degenerates.”

Maybe I’m being too harsh? That’s possible. I’m hard on people, though I don’t expect more from anyone else than I demand from myself.

Anyway, that’s my truth for the day.

It sort of feels like I ruined my body by doing chemo and rads. I had a chronic pain condition long before cancer, but since cancer I have added a bunch of other issues, including: post-mastectomy pain syndrome and chronic headaches. Ultimately, being alive is well worth it. But sometimes I just can’t help but wish I could take back my pre-cancer body. I miss running fast(er). I miss soft breasts that aren’t constantly achy. I miss nipples!! I miss living without brain fog (aka chemo brain). I miss believing (on some level anyway) that I was invincible – or at the very least not being so acutely aware of my mortality.

On the other hand, I am enjoying the hell out of my post-cancer life and I’m not sure I would have grabbed life by the balls in quite the same way if I hadn’t endured breast cancer.

One thing I won’t be doing is letting it hold me back in any real way. I’ve seen that happen to survivor friends and that makes me very sad. I’ll swallow the pills. I’ll do the self-care, and I’ll wake up each morning and suck it the fuck up. Life is what you make of it.

3.  Dear G: I want you to be happy. But you’re never going to be happy if you don’t work on yourself first. Get it together. Life is too short.
4.  Dear K: I know she’s your heart, and I will give my everything to love her and protect her when you aren’t around. I know this upcoming transition won’t be easy for you. Please understand that it was/is never my intention to make you feel bad. I know you never wanted this, and yet here we are. I’d like to start fresh, if that’s possible. I appreciate you and I want you to be happy.
5.  Dear S: I wish it had been you instead.

Ignorance is bliss: I’m so glad I took my blog off the web and disabled analytics.
I slept through my alarm today. It was going off for like 45 minutes and I just didn’t hear it. That never happens. So this is my I overslept and have five minutes to get out the door look:

Luckily, I don’t have to see any clients today. Also, today is hair cut day, which is excellent because my hair is a mess.  What will I do to it? That remains up in the air. I like to make rash decisions based on fear impulsive decisions.  (haha)

Yesterday I started 30 Day Shred and also ran a mile. My body is sore today, but not as sore as I expected. I’m feeling so pumped about exercise right now. Afterward, I felt amazing mentally. It’s time to get in operation balls to the wall mode.

My right knee though…it’s already fucking with me. But I want to run another half-marathon in October so suck it up, buttercup.

I started watching Fuller House last night for a distraction. I watched the first two episodes and holy fuck it’s bad. It’s a train wreck but I can’t stop watching.

If I ever have a baby girl, I’m going to name her Guinevere.

I’ve made it to level 730 on Candy Crush, and I’m still quite obsessed with Neko Atsume.

I have a WordPress blog I’ve been using recently for more private thoughts. I like it. It’s different from Tumblr, but in a good way.  I obviously have this blog, and also my secondary Tumblr account @diebythedrop, which is mostly for reblogs. Additionally, I have a paper journal and a list journal. So maybe I’m a little obsessed with blogging/journaling? Writing is my favorite form of expression, and looking back at old posts/entries makes me really happy (even the sad ones).

Pretty sure I’m a mix of hipster mom and the hot mess mom.

Upon seeing an old employee in the kitchen who is back to help on a project, and whom I have never really liked as she is your stereotypical, privileged, lazy millennial:

Me: Oh…I didn’t know you were here.

Her: How are you?

She’s intimidated by me. I kind of like it.

I just hit myself in the face with my phone while browsing Tumblr. That happens way more often than I’d like to admit.

I wish I could like myself for more than fifteen minutes at a time.

I wish I’d stop basing my self worth on my weight.

I wish I could chill the fuck out without the aid of drugs.

I wish I could stop being such a hard ass all the time.

I wish I could wake up tomorrow pain free.

I wish I could learn how to relax without feeling guilty.

I wish it was spring.

I wish our house was ready.

Every once in a while, I check Facebook to see if the exes still have me blocked. I checked today.

It has been (almost) four years.