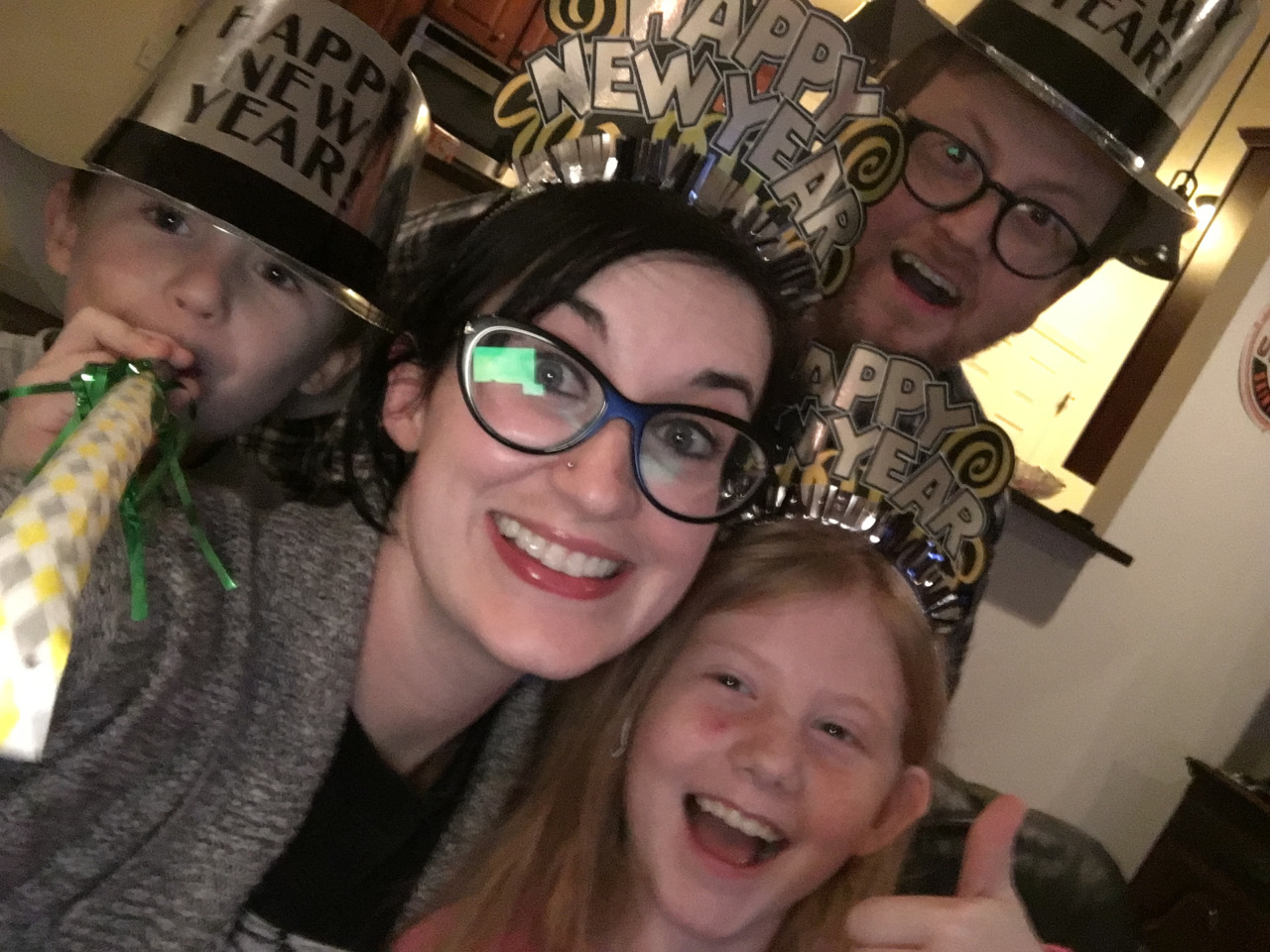 Dave reminded me that we started texting each other 4 years ago today. I don’t think we have gone a single day since without texting or talking to each other. ❤️

So far there has been a lot of drinking, snacking, and drone flying. 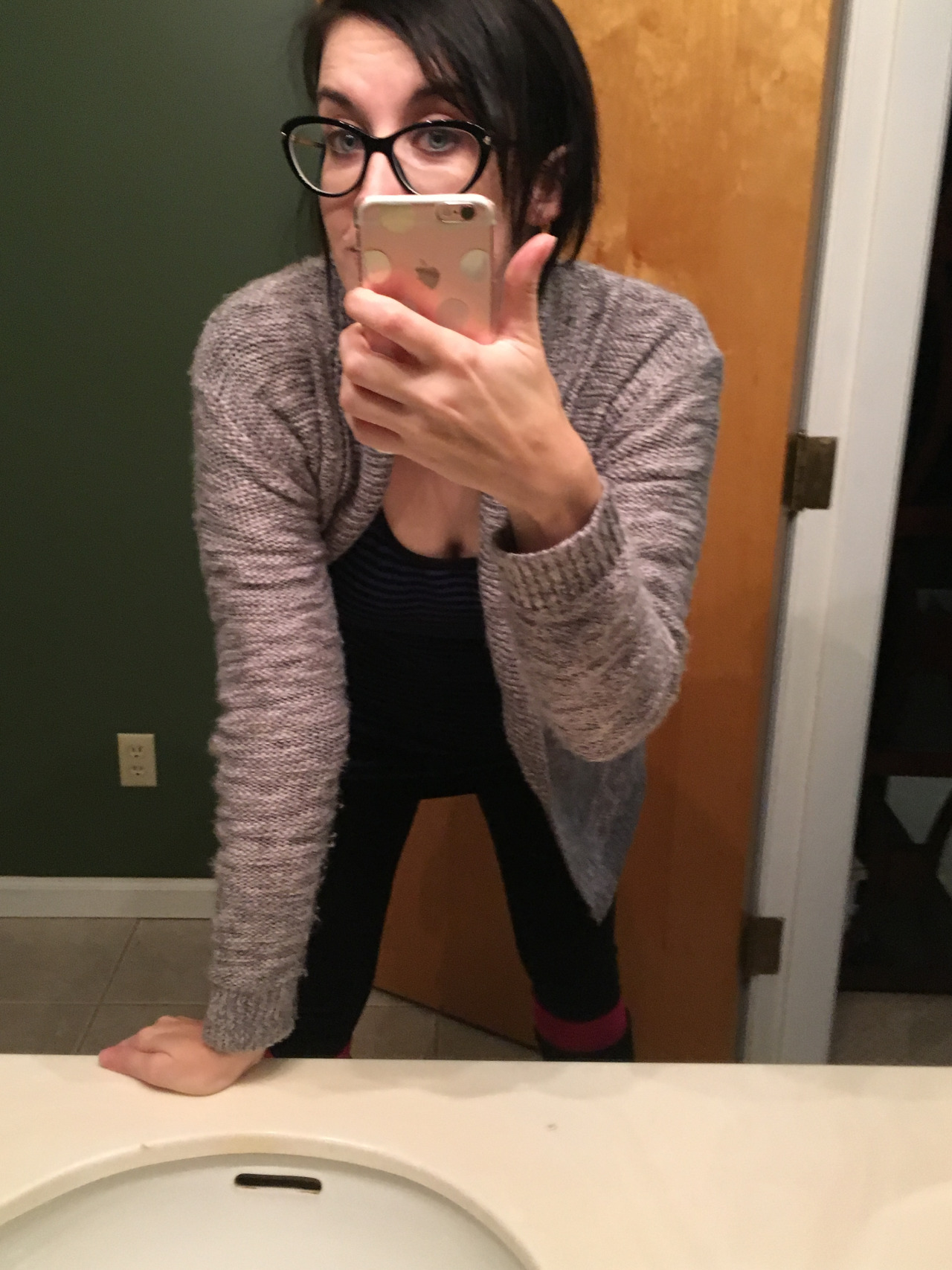 I can’t believe Christmas is over already.

I do still have the gift exchange with the kids tomorrow. I’m looking forward to that.

I’m also looking forward to NYE.  I’m so glad Dave & I decided that we are done with going out on NYE. It’s always a major hassle, too expensive, and never as much fun as you think it’s going to be. Staying in with him and the kids sounds absolutely perfect!

It’s almost 2016. I have a short list of things I’d like to accomplish next year, but I’m not going to do a big resolutions post like I normally would. My goals are simple, and really boil down to the following: LOVE MYSELF & BE HAPPY.

I told you so.

Except chances are I will get drunk later and take/post another one.

I’ve been feeling a bit depressed lately, which I think is completely normal under the circumstances. Staying at home a lot makes me feel lazy, worthless, and generally blah. Luckily, I am recovering well from my surgeries. My incisions are healing nicely. I’m feeling mostly normal, with the exception of the incision under my left arm, but even that is doing okay.

I’m feeling good enough that I started going back to the gym. Last night was the second time. I ran/walked about 4 miles each time. I have to go slowly, as I’m not allowed to go back to faster running until at least 6 weeks have passed. I’m only at a month today. (One month ago today I was at Barnes recovering from my double mastectomy. Wow. Time moves quickly.) So I’m slowly trying to get back to where I was. I have decided I’m not giving up on the half-marathon in April, so I have some serious running to do. I will say that running is harder now, especially with tissue expanders.  Imagine running with two rocks in your chest.  That’s exactly what it feels like.  It’s only going to get worse.  Fills start on Jan 3rd.  It will be interesting to see how much chemo fucks up my training. Still…I’m doing it. Even if I have to walk part of it.  I’m not allowing cancer to take everything away from me. Cancer can fucking suck it. Running the Komen 5k in June will be a breeze comparatively. I figure I have to go back to doing that now. I’ll probably cry.  I try not to think about it.

This is my last week of medical leave. I’m going back to work on Wednesday. I’m not entirely sure what to expect. Chemo will be starting soon, so that may (probably will) throw things off schedule. I’m hoping I’ll be one of the lucky ones who can manage to make it through without the side effects being too horrible. Guess I will soon know.

This short hair is kind of getting on my nerves.

It’s actually a lot harder to deal with than my long hair was, because I can’t just put it in a ponytail or bun anymore when it’s being uncooperative. When I wake up in the morning, it is usually sticking up in multiple directions.  It’s not cute. I have taken to wearing a knit cap around the house on the mornings I don’t feel like washing, drying, and flat ironing it. That’s such a pain in the ass. I have a feeling I will shave it off soon, but before I can do that I need to decide on a few wigs. The options are overwhelming so it’s hard to decide.

I have Jax this weekend (yay), though only until Sunday. Sunday is Grant’s birthday, and he has asked for Jax that day. Grant also has him Monday for NYE. I finally have my NYE plans set, and I’m excited. I cannot remember the last time I went out for NYE. The only thing that comes to mind is 1999 in Los Angeles, but I know that cannot be right, though it was by far one of the most memorable ones. I do remember a NYE spent in Columbia with Brad and Carrie. I remember burnt steak and cheap wine. Those were the good old days. Carrie, do you remember that?

I went into the office today to pick up some money and other things. Tim was putting the second coat of pain on the walls in my office. It is PINK. Eason says it’s like walking into a giant vagina. I don’t know about that, but it’s definitely intense. This picture doesn’t capture how pink it really is.

Tim also hooked me up with the first half of season 3 of The Walking Dead, which he has been recording on dvd for Robert and I.  I’m way hooked.  It is one of the best shows I have seen in a long time.  I highly recommend it.  I will watch these eight episodes over the next week and then I’ll be caught up when season 3 returns in February.  Yay!!! ❤