I’ve decided to challenge myself to be really on the ball with my fitness for the next 30 days.  I’m doing a 30 day plank challenge, as well as the 30 day squat challenge.

I’d like to work on my arms, but that is slightly more challenging with these implants.  I need to work the arm muscles without engaging the chest muscles.  It’s harder than you’d think. Since my mastectomies, I’ve realized that we use our chest muscles kind of a lot.  Feel free to pass along any suggestions.

Oh and I’m adding half-marathon training into the mix as well. I have a 16 week program I’m starting in June.

It’s hard to take a decent full body pic with this phone, but you get the general idea of what I’m working with.

I ran a 9 min mile last night. Two miles in less than 20 min. And that was with a headache, joint pain, and stomach pains. That’s pre-cancer treatment pace! Maybe all is not fucked. 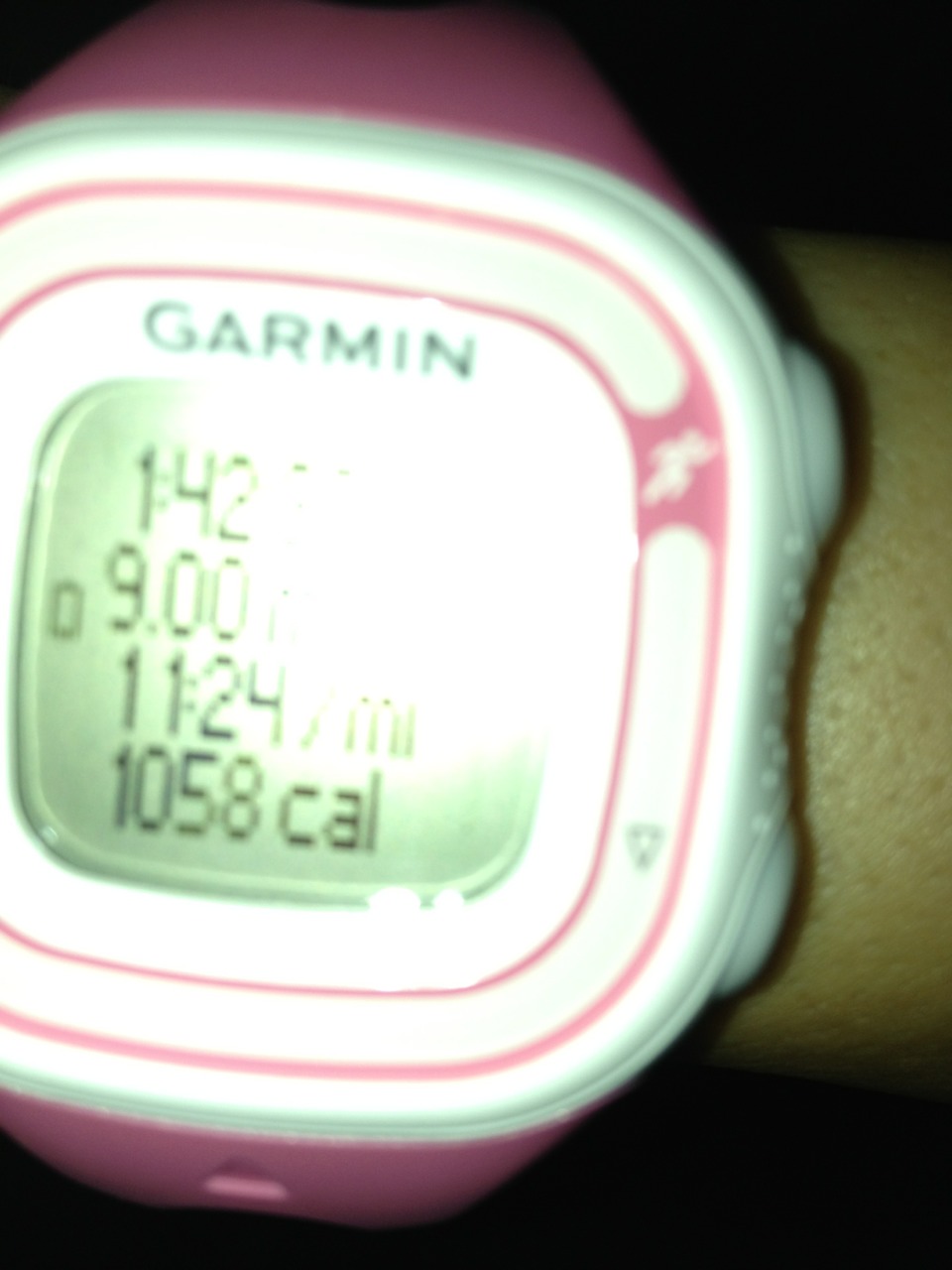 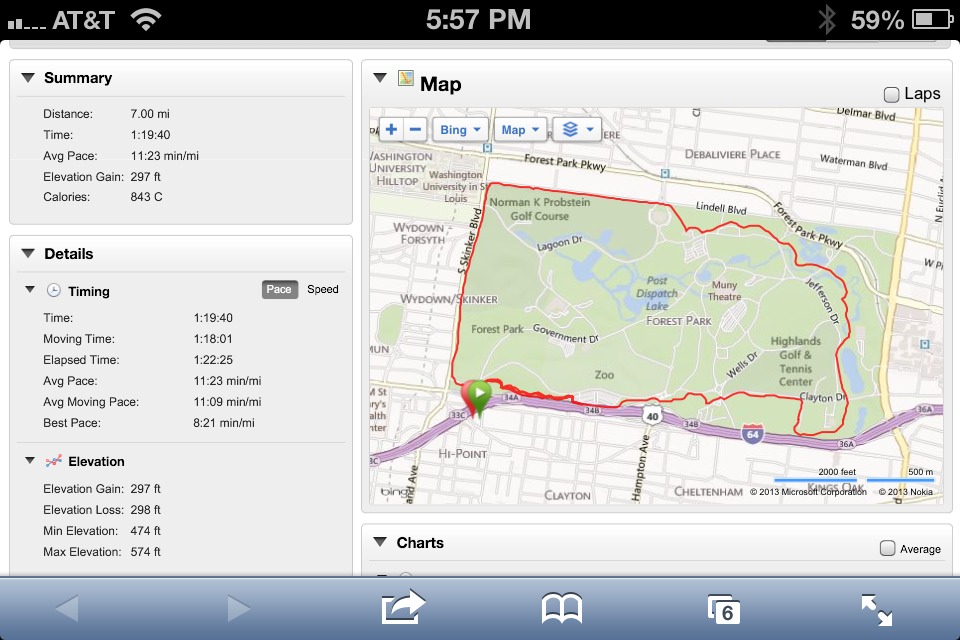 For those that are interested in knowing, a full lap around Forest Park is 5.7 miles. It’s weird to be at the point where we lap it and have to keep going. Crazy. When we passed my car, I wanted to cry. My best pace was during the 4th mile, which we completed in 9 min 6 sec. Like a fucking boss. 🙂

It certainly wasn’t special because of the mileage or the pace. In fact, I pretty much sucked today because of an arthritis flare and a bit of a hangover (I know…excuses, excuses). However, as I was running along my favorite trail in Forest Park, the song So Alive by Ryan Adams came on and I cried a little bit. That song really touches me; hearing it drove home just how happy and grateful I am for my life right now. The remission news yesterday was such a huge relief. I cannot begin to describe the weight that has been lifted.

After that song, Party in the USA by Miley Cyrus came on (Don’t hate. That’s a good running song). The lyrics remind me so much of how I felt when I first moved to Los Angeles, and never fails to make me smile, even on the toughest runs. It was pretty much perfect timing as far as my playlist was concerned.

Hearing that song made me think of living in California with the ex, which reminded me that today would have been my 9th wedding anniversary. That’s bittersweet for sure, but I don’t regret any of it. In fact, for the first time ever I can honestly say that I don’t regret any aspect of my life. Even the worst times, and there have been some doozies, were experiences worth having. My entire life, the good and the bad, have made me who I am today, and I’m pretty damn awesome.

So yeah… today’s run, while mediocre in many respects, was special to me. I will now step off my soapbox, and leave you with pics from today’s run. I love running in Forest Park. I’m not convinced I would get up so early if I wasn’t running in such a beautiful location. City living, ftw. 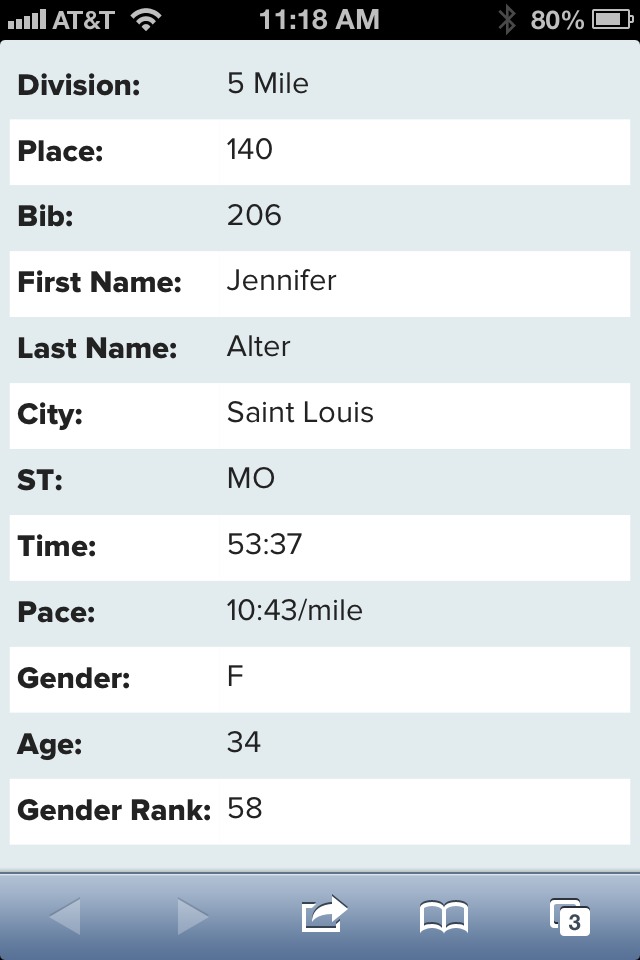 Present #1 was exactly what I was hoping for. I love them. We had an epic dinner at Tony’s, and a quiet night of cuddling. Also, cupcakes from The Cup! (Not as good as Sarah’s Cake Stop, btw).

And I got in my 4 miles with Danielle! She’s going to train for the half. So excited. She’s an excellent running companion.

I went on a shopping trip to True Runner last night. I finally bought some proper running shoes. What a difference! I also purchased the Garmin and a running skirt. Both are awesome. If it wasn’t for the 90% humidity this morning, my run would have been great. Unfortunately, that amount of humidity makes me feel like I’m breathing cotton, and so there was a lot of walking on the second half of the run. 4 miles on Saturday!