that I do meet up with my personal trainer from time to time. She kicked my ass today. She was extra mean to me for missing last week and made me do pull-ups!! Currently soaking my already sore muscles in my glorious bathtub.

Running. I mostly run on the treadmill, but I’m looking forward to cooler temps so I can get in some outdoor runs. Today I did 2.3 miles.

I also enjoy hiking. I’m hoping we will get in a few hikes over the next several months. Before it gets too cold.

D and I are planning on joining Club Fitness this week. A bunch of my girlfriends do yoga and Zumba at the location closest to my house, so it seems like a good plan.

I reacquainted myself with the treadmill this morning. I was able to run the full two miles without stopping, which feels good considering how inactive I’ve been lately. I have about ten pounds of fat that needs to gtfo. 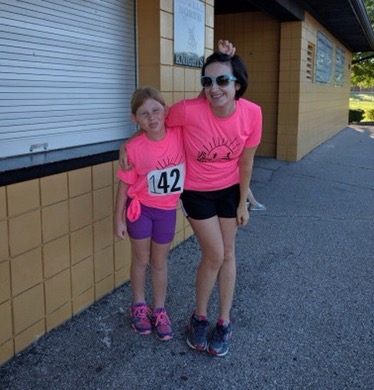 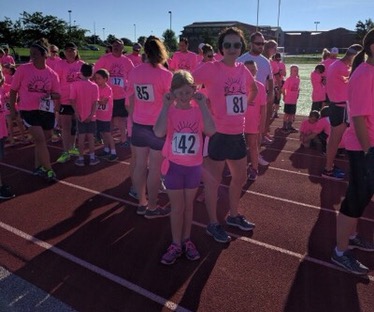 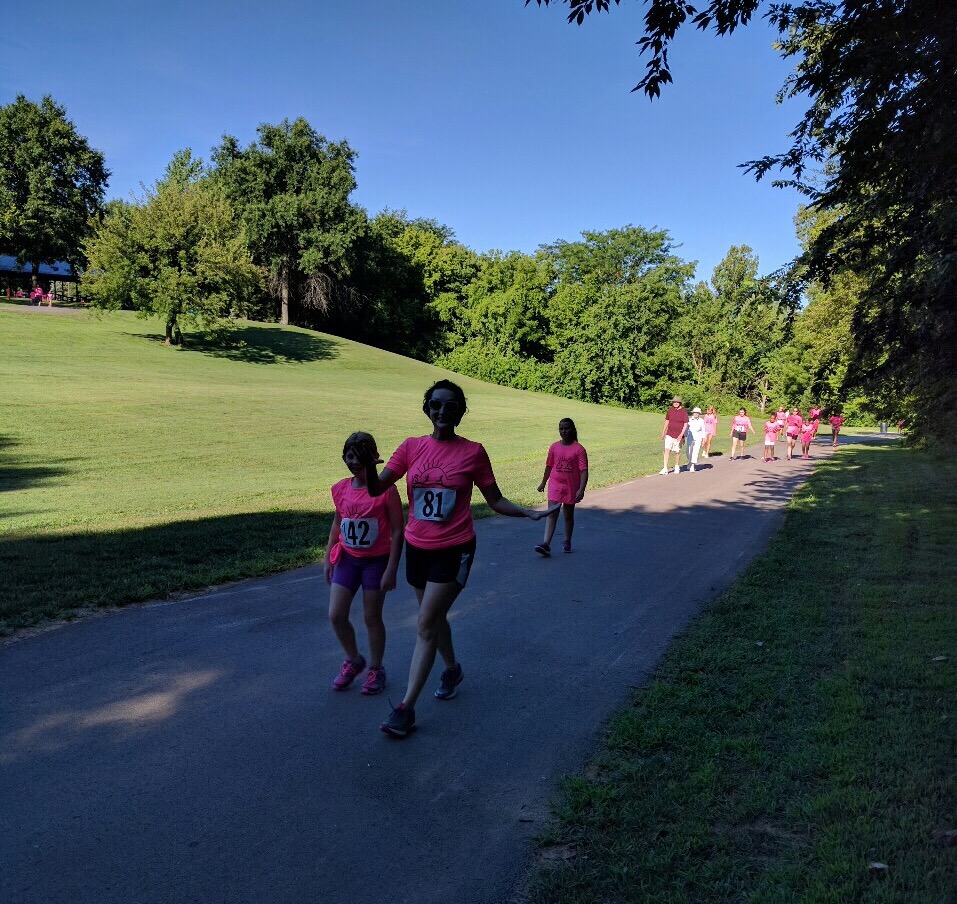 Freya ran her first 5k today and I was lucky enough to be able to run with her. I can’t wait to do another. 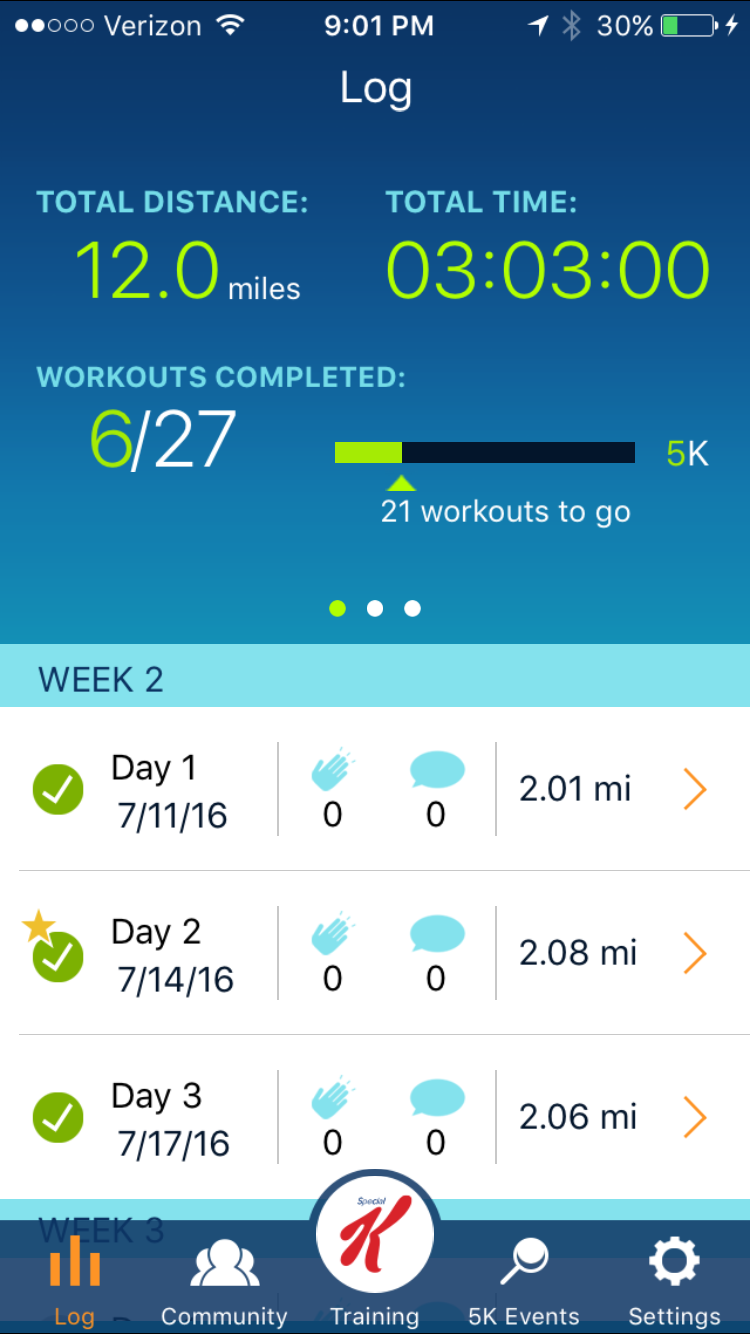 Week 2 of Couch to 5k completed. I also had a thirty minute training session with my personal trainer this week. 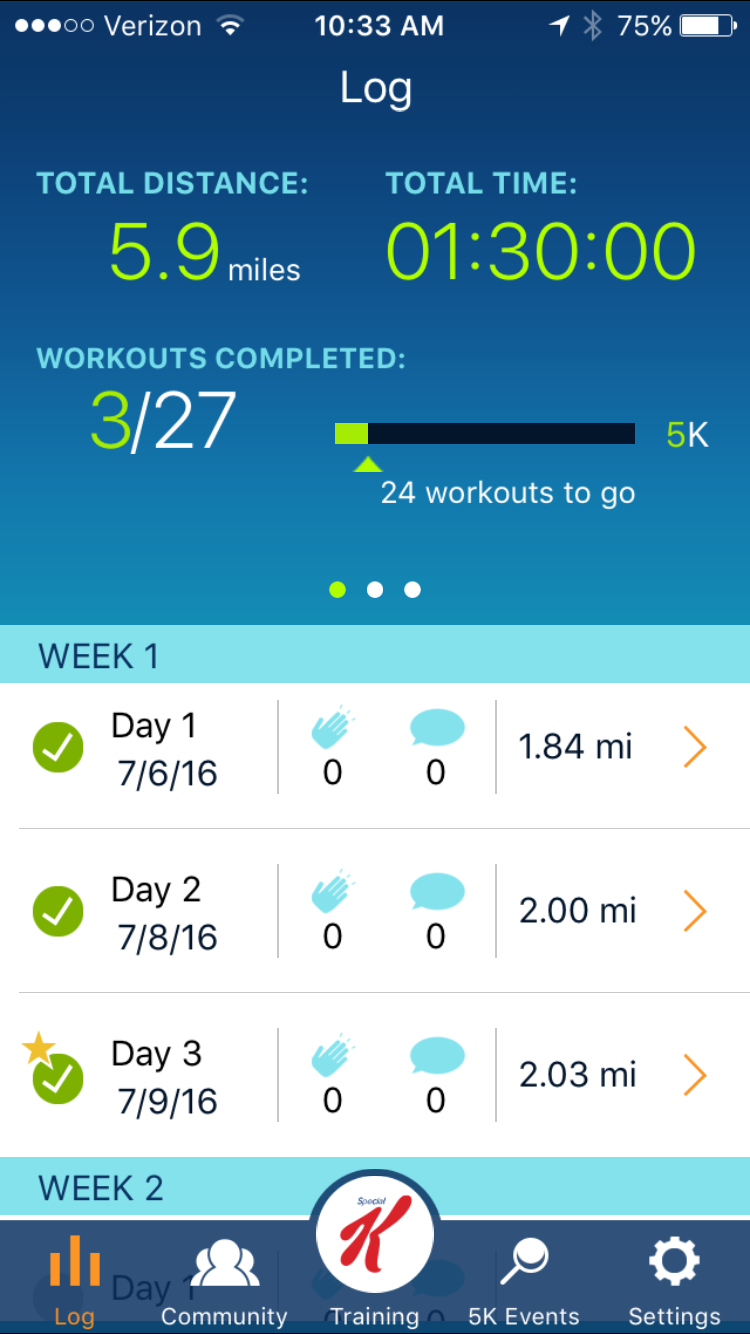 Operation Balls to the Wall is back, baby.

Tonight I started a Couch to 5k program. I downloaded an app that gives me the cues while I’m listening to my own playlists, which is nice. It also has a GPS feature if you want to record distance and time. I will mainly use it on my treadmill but it also lets you enter in that same info so you can have an ongoing log of your progress. You can also log “free” runs that you do on off-program days.

Today was Week 1, Workout 1 (there are three workouts per week for 9 weeks):

I managed to go 1.84 miles in the 30 minutes allotted. Nothing to brag about obviously, but it’s a start. It’s definitely a bit disheartening that I used to be able to run 13 miles in less than 2 1/2 hours, and now I’m doing this ^^^. But you’ve gotta just pick up the pieces and start again, right?

Anyway…I’m excited about it. The app is the Active Couch to 5k. Anyone wanna run with me?

We walked seven miles today: from my place, around forest park, and back.

And I think/hope that this kidney infection is on its way out.

Today was supposed to be a rest day, but I missed yesterday so I just did the 1 1/2 minute plank.

Holy fucking fuck that was rough!! My body is shaking.

I’m supposed to be up to five minutes by the end of the month.

Where did the weekend go? They go by so quickly. Especially now that I don’t take Mondays off anymore. So much to do, so little time.

I’m feeling a little rough today. So tired! Frey and I stayed up until 2:30 am watching Gilmore Girls. At one point she even laid her head on my lap and gave me a cuddle!! Oh and she totally spoiled like the entire series for me – she loves it and just couldn’t stop telling me stuff.  (This is my first time watching it. Still on season 1). Anyway, I finally told her we had to go to bed. I was in bed (next to a snoring Dave) for maybe five minutes when she knocked on the door and told me she was scared. I ended up sleeping in her room, on the floor, because she has a twin sized bed. My poor broken old ass body can’t handle such a thing, and I’m paying for it now. Haha. Totally worth it though.

Oh to be young again! She was up bright and early this morning and as chipper as ever. I am dragging ass. Getting old sucks.

I bit the bullet today and weighed myself. 143. That is up from 128 this time last year. So…it’s time to get serious about my diet. Working out on its own just isn’t enough. I have had tons of success in the past with Weight Watchers and so I joined the online program this morning. I’m already feeling so much better about things. I can’t wait to work the program this week and weigh in next Sunday.

I know what the problem is: D and I have been having way too much fun. Too much eating out. Too much drinking. Too many late night munchie binges. (Apparently, being happy in a relationship is bad for your weight!) But I’m finally ready to get my ass in gear. Fuck this shit.

It helped (and hurt my feelings like whoa) that the other day my son saw my stomach and actually said, “Hey mom, are you trying to lose some weight? Your stomach looks sort of big.” Man that was rough. Not gonna lie…I was pretty sad that night. Lucky Dave…he got to hear all about it! And don’t worry, I had a serious conversation with Jackson about hurting people’s feelings and keeping certain thoughts to ourselves. I also informed him that if he thinks I’m “fat” then he needs to seriously readjust his expectations of women.

Interestingly enough, when I asked him if he thought his dad was fat (which he is), Jackson looked at me like I was crazy, like he had no idea what I was talking about. Then it clicked for me: even at the age of six he has been programed to believe that women need to look a certain way.  Some of my own behaviors in the past probably haven’t helped, to be honest. I’m putting an end to that bullshit though.

Enough about that shit.

April is going to be such a fun month. I’m bummed we missed out on trivia last night, which was supposed to be the kick start to a fun filled month. This week we have Yoga Buzz. I have a girls night with Danielle. Saturday night is Battlestar Galactica game night! Our anniversary is in a little over a week and we have reservations at a very nice place. I have a happy hour set up with some colleagues. And finally: we are going to Chicago to visit with @talknboutluvdancnboutarktecture and her lovely wife. I am so very ready!

Happy, happy Sunday to you! xoxo