It has been a long day, but I’m happy to end it with my loves. 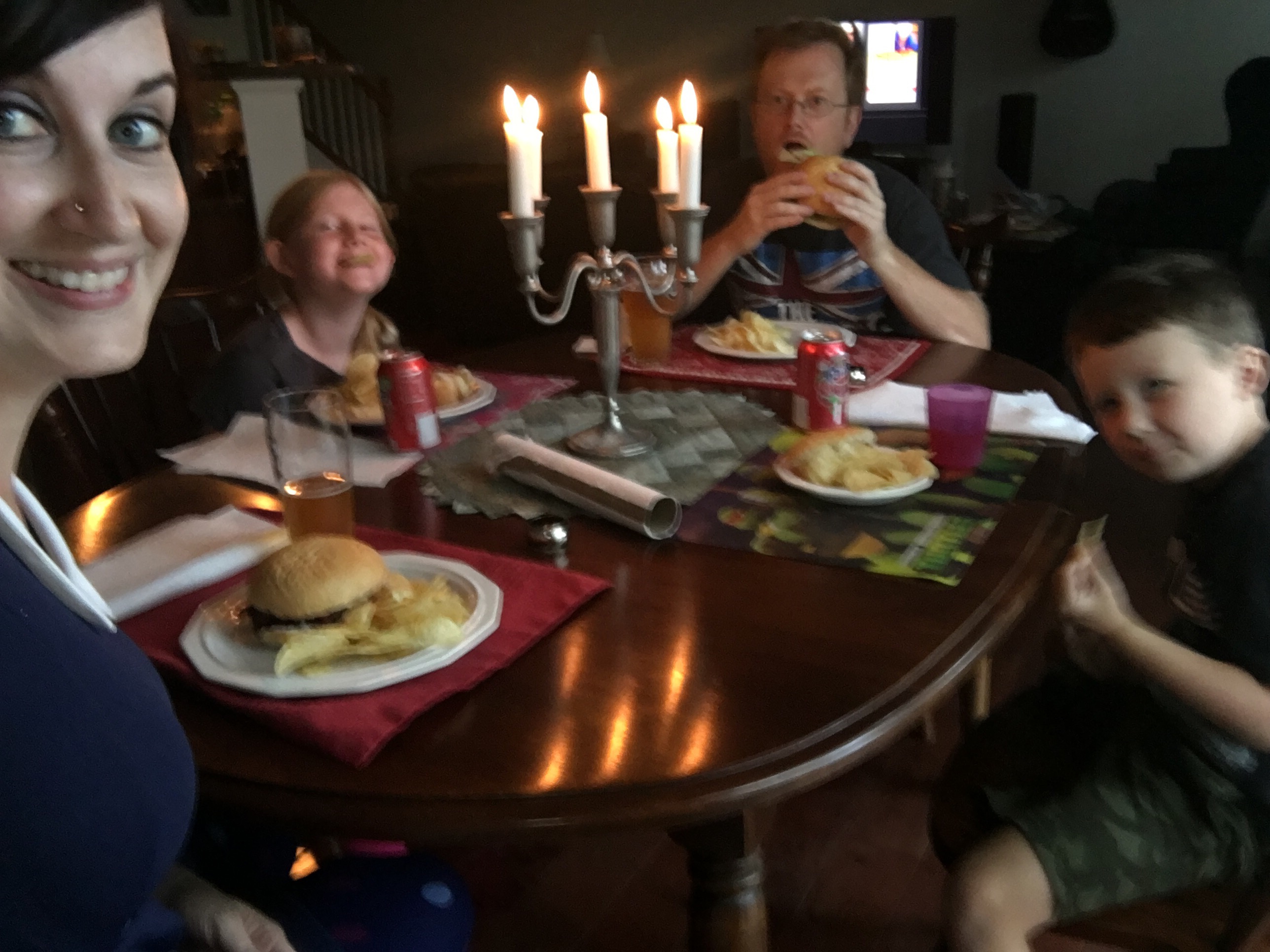 It has been a very good weekend. In fact, this living together thing is going way more smoothly than I imagined it would.

The kids keep referring to us as a “normal” family. This makes me both happy and sad. Sad only because the divorces (though years ago) were hard on them. I’m glad we’ve been able to give them our version of a “normal” family.

I am very happy, and I think they are too. I love them so much.

Today we went to visit my mom. She lives in Jefferson City, which is about 2 hours away from Saint Louis. Jackson had never been before. As we were crossing the bridge into town, I said, “Hey, look it’s the Capitol building.” He didn’t know what I was talking about, so I explained to him that Jefferson City is the Missouri state capitol. He goes, “Oh so does that mean Saint Louis is just a lower case city?” I died laughing.

Anyway, we had a lovely time. Now we are home and I am exhausted.

I’ve posted the lyrics to this song before, but, unfortunately, it once again feels very appropriate.

So far today, I have received several phone calls and texts to inform me that my youngest sister just (as in today) had her two oldest kids taken away by the state. Her youngest was taken away months ago, as a newborn, because he was born addicted to methadone. Honestly, I’ve been wondering what was taking so long for them to pick up the other two.

My sister is a heroin addict. To say she neglects her children would be an understatement. In fact, I’m worried that the middle kid has no hope of redemption. She may have ruined him already, and he’s only like four years old.

The truth is that I’m glad her kids got taken away. The baby will end up being adopted by a good family. The older two will get to go live with their dad. He may not be a model father, but at least he’s not a fucking junkie. I hope they all manage to escape the cycle of poverty, abuse, and neglect in which they are currently trapped. It can be done, but I know from experience that it isn’t easy, and unfortunately isn’t likely.

My sister keeps trying to contact me about this, despite the fact that I have already told her I refuse to help her get the kids back. I now have her blocked on Facebook and blocked her number on my iPhone. I only ever hear from her when she wants money and/or free legal services.

My aunt died this morning. Cancer. It wasn’t unexpected, but still quite sad.

And now I can’t stop thinking about fucking cancer.

We hung out with my mom, sister, and cousins tonight. It was a good time. Jackson had a blast. This was his first time meeting my mom as a “big kid.” 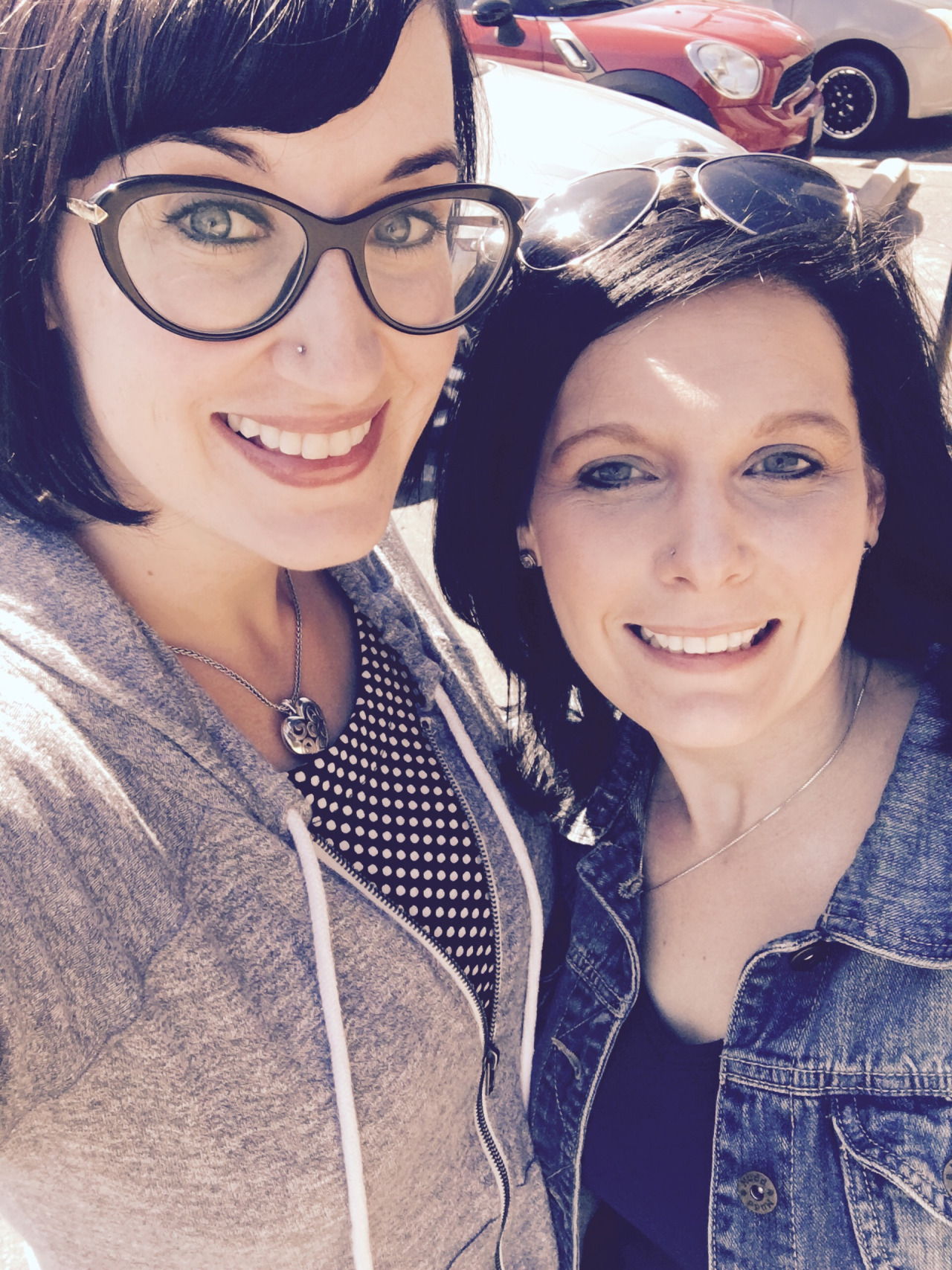 I don’t know if you’ll read this or not, or if you even know this blog exists, and I honestly don’t want to know. I just need to say that despite all that has been, and all that may come, I love you. I know it probably doesn’t feel that way sometimes, and I’m sorry I’m too fucked up to fix that about myself, but it’s true just the same.