It makes me so happy to get messages from fellow breast cancer survivors telling me that my blog has inspired them and/or helped them get through such a difficult time. I invite anyone who has any questions about breast cancer and/or simply needs to vent to please message me. 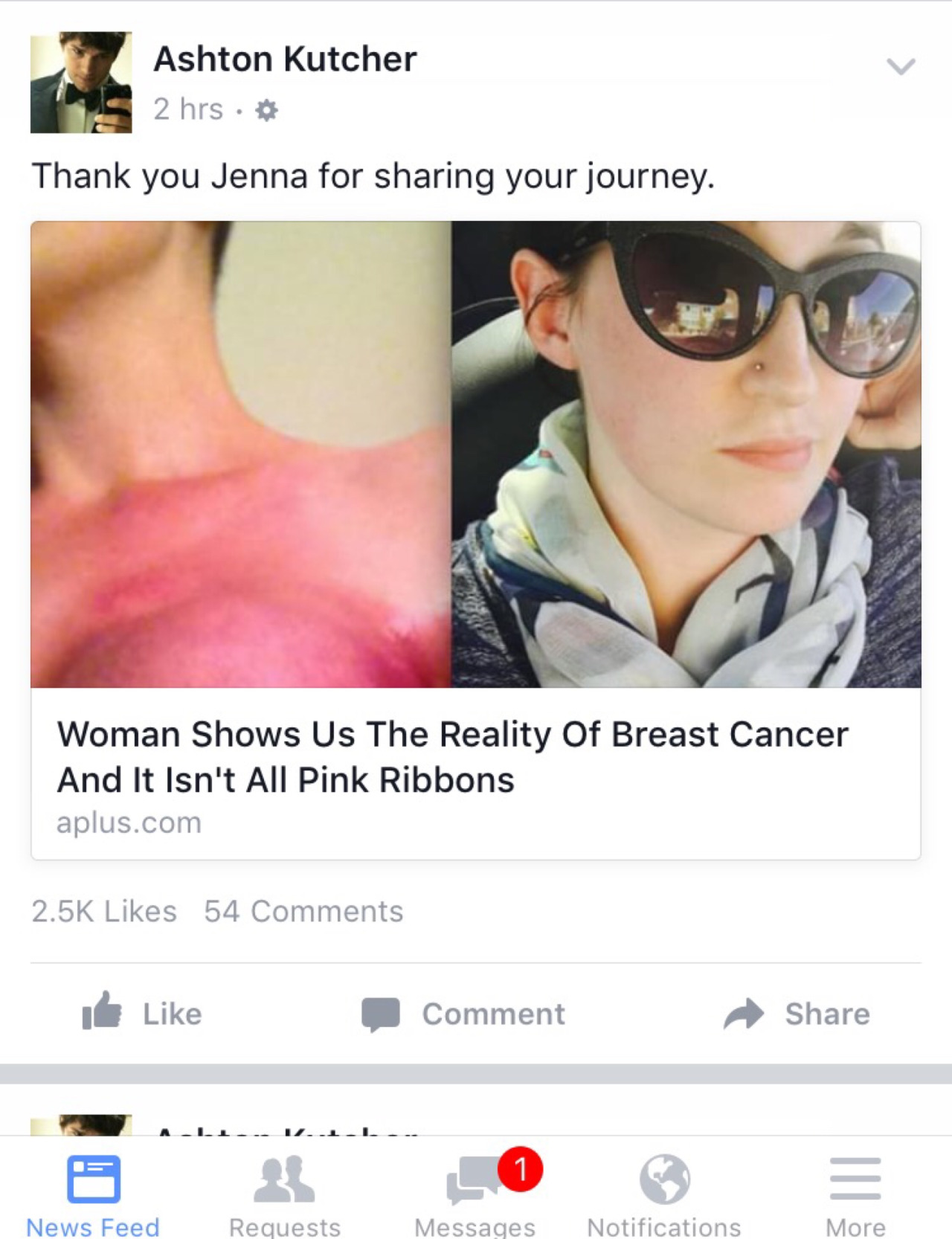 Today I got a hug from a colleague and fellow breast cancer survivor during court. She said her daughter saw my pic online and called to ask if that is what she went through during her radiation treatment. When she said yes, the daughter cried and apologized for not being more aware of what her mother had experienced.  My colleague, as she was hugging me, started to cry, and said, “Thank you so much, Jenn. They finally have an idea of what we go through. You are so brave.”

I almost lost my shit.

This alone has made the entire experience worthwhile. 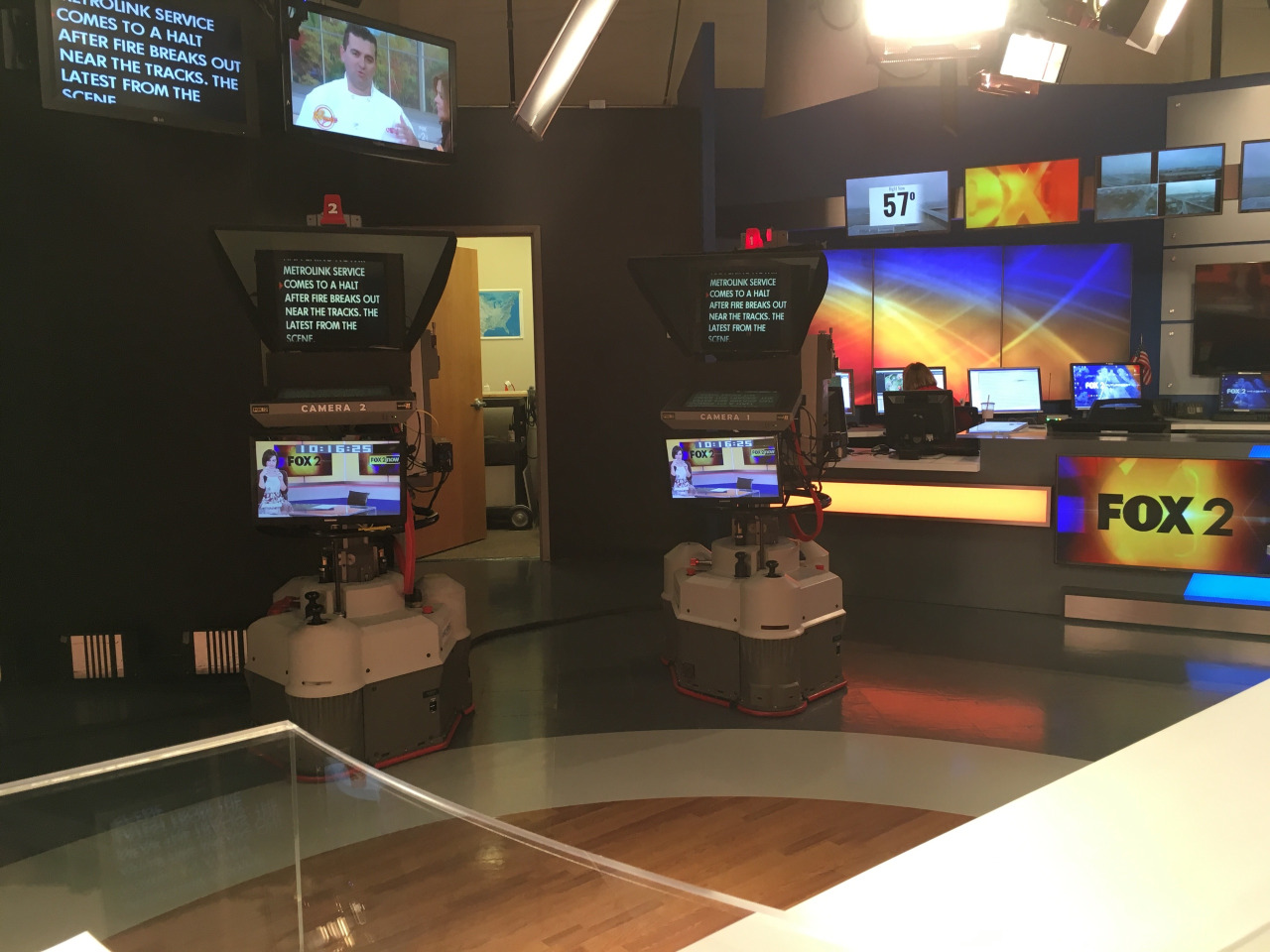 I deleted that ask/message from that girl telling me she didn’t want to see my breast cancer pic and that I was being a bitch about the entire thing. The overwhelming response to that picture has been positive. Even though she needs to learn that her words have consequences, I didn’t feel comfortable leaving that exchange up. Yes, she pissed me off, but she’s scared. I know how that feels. We do stupid things when we get scared.

I’ve had at least one hundred messages today from people telling me that I have changed the way they look at breast cancer and cancer awareness in general. Holy shit, you guys. I never ever expected this response.

This was during my 35 day radiation treatment back in 2013. Breast cancer isn’t sexy. It’s not about saving the boobies. It’s not about no bra day, which is really just an excuse for women to post sexy pics of their nipples pressing through their clothes. It’s scars, nausea, pain, bald heads, burnt skin, and broken hearts.

If this doesn’t make you “aware” then I don’t know what will.

Does it make you uncomfortable? It should.

October is hard for me now. Every time I turn around there is some pink shit being shoved in my face in the name of breast cancer awareness. I get that most of the people have good intentions. I also know that a lot of the corporations are just trying to make a dime off of someone else’s misfortunate and the previously mentioned good intentions. I know. Knowing doesn’t really make it any easier though. I could get on my soap box and start explaining how all of that “pink” money doesn’t go where you think it goes, and doesn’t really ever end up doing what you want it to do: find a cure. But this isn’t that post.

It’s estimated that around 30% of breast cancer cases become metastatic. You can be Stage IIb. You can do your double mastectomy, your chemo, and your radiation. You can pop the Tamoxifen every single day, assuming your cancer was hormone positive like mine, despite the shitty side effects. Your oncologist can tell you that you are “cured.” That doesn’t change the fact that five or even ten+ years later it’s back and eating your lungs, your liver, your brain, your bones.

I have to live with the fear every single day, while trying not to let it define my life.  That’s exceptionally difficult to do sometimes. Especially when people want to write breast cancer off as a “good” cancer to have or want to point out that you are a survivor so why worry about it now?

My cancer had made it to my lymph nodes, so there’s a decent chance that cancer cells made it to other areas of my body, and continue to reside there, waiting for the right moment to start to multiply.

I accepted, almost three years ago now, the fact that this shit will probably kill me someday. Most days I’m okay with that. We all have to die someday. But today…today I’m not okay with it.

I just needed you to know that. 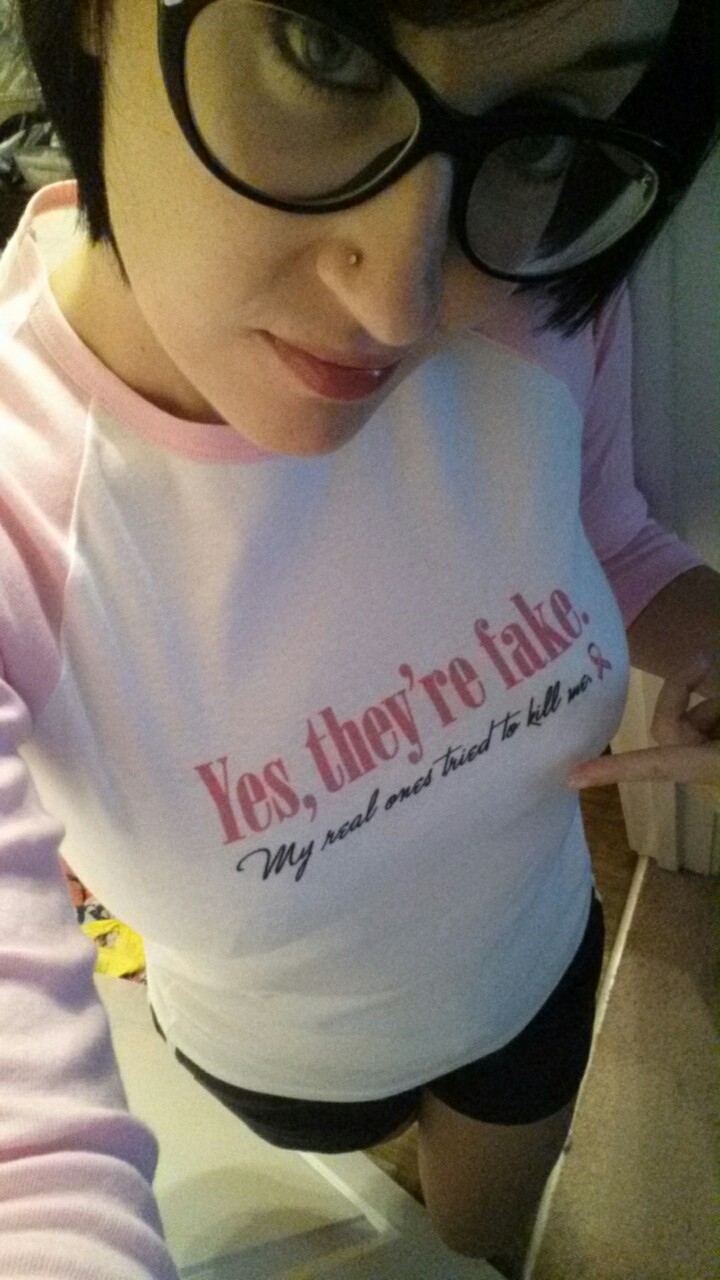 On this day, two years ago, I was diagnosed with breast cancer.  Invasive Lobular Carcinoma. Stage IIb.

On this day, two years ago, I collapsed on the floor of my office and cried. I was certain I had received a death sentence.

It would be really easy for me to fall into a depression today.  I could sit here and relive every agony I faced during those early days of being a cancer patient, and the ones I continue to face even now. I could cry and mourn the girl I used to be; the one I left behind.

Instead, I will celebrate the gift of my life. Because it is a gift. A tremendous gift. One for which I am very thankful.  Sometimes I miss the girl I used to be, but I think the woman I have become is pretty fucking fantastic, and though it hurts a little to admit it, that is at least in part due to having endured breast cancer.

So here’s to living.  Happy Cancerversary to me!