Technology is both a blessing and a curse. My kid has an iPad, which is great most of the time, but since we share an Apple ID, it means that I can’t ignore his dad’s calls very easily. Jackson always answers on his iPad before I can ignore the call. Grr.

That sounds bitchy, I know, but he calls me a lot, like way more than is necessary. I would prefer if we did more of our communicating via email and/or text, but he prefers calling because he loves to hear himself talk. That was also bitchy. Oops. I just really, really hate talking on the phone. Especially when it is something that could be easily conveyed via text. It is 2016, after all.

Despite how it sounds, I am grateful for our friendly relationship. I recognize how lucky I am. I have several friends who have really terrible relationships with their ex-spouses and the kids suffer as a result.

Speaking of ex-relationships, I got an email alert this morning that D’s ex followed my blog. I’m not sure what to make of that. Was it some sort of dig…like she hopes it will make me uncomfortable? Is it a friendly gesture? Is she just trying to keep tabs on the other side of her kid’s life (since I do talk about Freya here quite a bit, and that will only increase when we move in together)? Was it just an accident? I don’t know. I’m probably way over thinking it, but I hope it’s meant to be friendly. I contemplated not mentioning it, but that seems silly since it’s something I’ve been thinking about all day. So…hi, K. I hope you are doing well. Welcome.

I worry too much about things over which I have no control.

We played the GoT card game last night and again this morning. The games take about two hours, and are a lot of fun. It’s quite complicated though, and I have a lot of practicing to do before I’m going to get good enough to beat D, I think.

D is so happy that I love playing games with him. He was gushing about it last night, and it was super adorable.

We were supposed to go to a fancy charity event last night, but I had trouble nailing down a sitter, so we ended up deciding to just stay home to play games and grill. It was an awesome night.

And, for the record, cookie delivery is the best thing ever.

There has been much progress on the home building front. 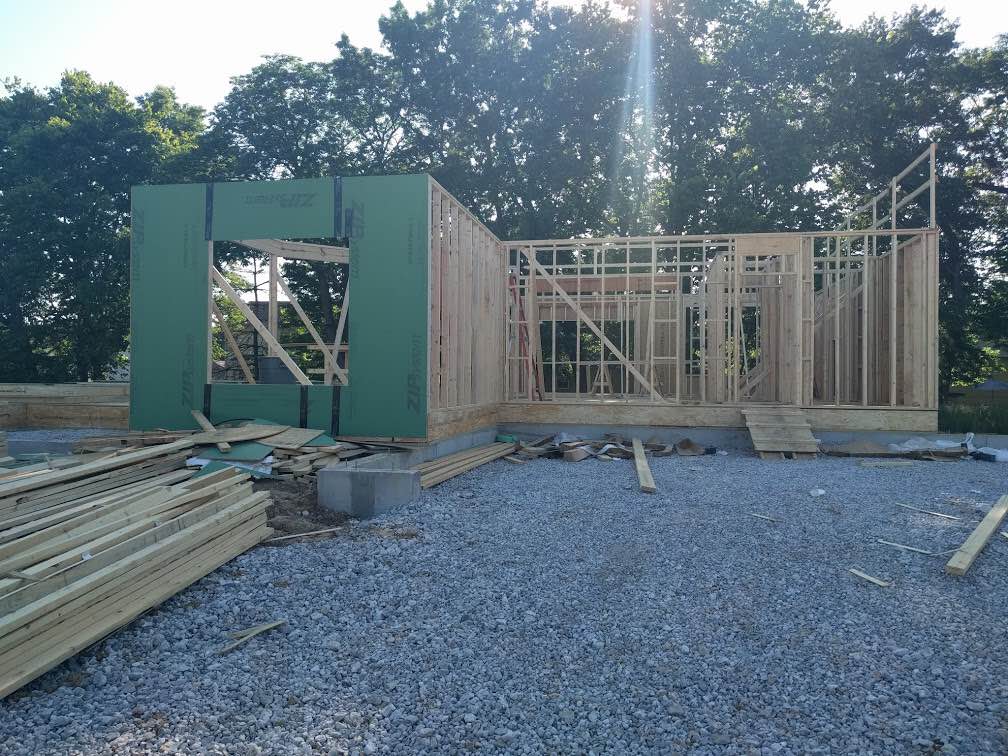 OMFG for realz!! Maybe it will be finished sooner than I thought.

I resisted the urge to order pizza for dinner, and instead ate something low calorie that I already had in the house. Where is my medal?

I’m so, so tired. I didn’t sleep well last night. It was too hot in here.

PS: I really, really don’t want the weekend to be over. Boo.