According to the internet, Tamoxifen can cause insomnia. I haven’t slept through the night since about a week after I started taking it. I’ve been up since around three. It’s four now. I bet I’m up for another hour at least. This has been the trend these last few weeks. I keep hearing Dave’s clock chime the night away. I guess I’m calling my onc tomorrow and asking for sleeping pills. Just what I need…one more pill to take. 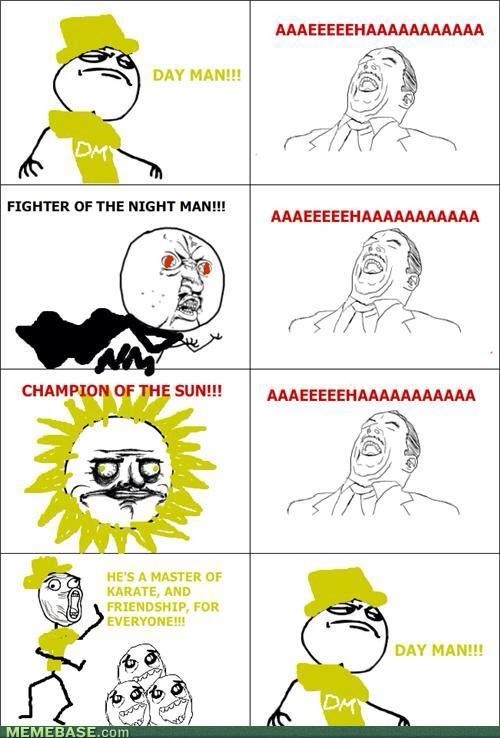 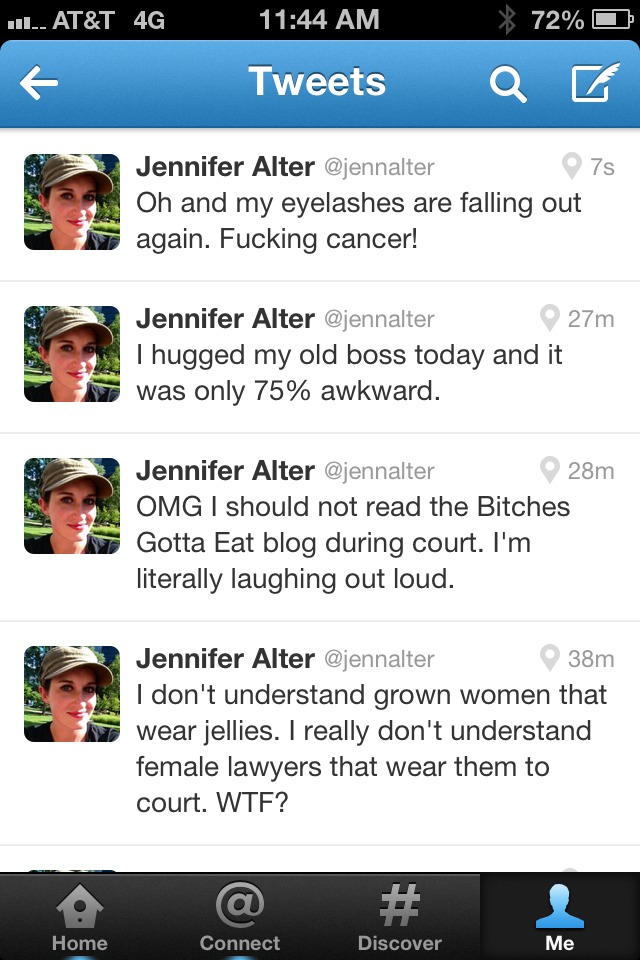 Thank you so much. You are so sweet, and I’m so happy to be getting to know you via this fantastic community. I really appreciate all of your support.

I know it’s kind of lame, but I really enjoying packing Jackson’s lunches for school. It helps that he is always so excited about it.

Nobody ever packed a lunch for me when I was a kid, and sometimes I even went without lunch because there was no lunch money (or intoxicated caregivers neglected to hand it over). Therefore, it’s particularly important to me that he never experiences that feeling.

It’s kind of amazing what nurturing your child’s self-esteem can do for your own. I want him to experience all the happiness and love that I missed out on growing up.

I try not to be too pushy about politics.  When I was much younger, (think high school and early college) I was all about being vocal about politics. (In fact, I was a Young Republican and College Republican back in the day.) Nowadays, I identify as a liberal, but I keep most of my political opinions to myself.  I do this mostly because I have never really found that a heated debate (and it’s always a heated debate) changes anyone’s perspective, and I don’t suffer fools gladly.  That said, there is a topic I feel compelled to discuss:  “Obamacare.”

It annoys me that it’s commonly referred to as Obamacare, instead of the Affordable Care Act (ACA), like calling it Obamacare is some sort of slight, but that’s besides the point.  The point is: Obamacare saved my fucking life.  It’s that simple.  I am one of those unfortunate individuals with a preexisting condition.  When I became self-employed in 2010, I was unable to obtain health insurance,  and god knows I tried.  I was denied by every major health insurance carrier in the area because I have psoriatic arthritis, and the medicine I was taking at the time cost over $2000/month.  I was lucky enough to get medical treatment for free from my law partner’s ex-wife, who is a physician.  She was kind enough to reach out to my rheumatologist and ask him to treat me for free, which he graciously and unbelievably agreed to do.  He provided me with meds, for free, up until I finally received health insurance coverage in October 2012.  That coverage was made available to me through the Federal High Risk Health Insurance Pool, aka Obamacare.

On November 1, 2012, I was diagnosed with breast cancer.  I cannot even imagine what would have happened if I didn’t have health insurance at the time I was diagnosed.  Instead of getting the run around, or turned away, I received amazing care from one of the best cancer treatment centers in the country.  And FYI, this coverage isn’t free to me. In fact, it probably costs more than your health insurance does, and I’m paying for it, not you.

So why am I posting this?  Well I got an email today about all of the efforts the Republicans are making to get rid of the ACA, and it pissed me off.  This was the straw that broke the camel’s back, so to speak.  I have suffered through endless Facebook status updates about how evil Obamacare is, some posted by my own family, and have said nothing.  But I’m done with that bullshit.  I want someone to tell me why it’s fair that you can pay less than me, to get treated for the same condition, as long as your condition is not discovered until after your insurance is in place?  I want someone to tell me why you are entitled to adequate health care, but I am not.  I want someone to look me in the face and tell me that I deserve to die from my cancer because it’s “not fair” that you will have to foot the bill for my treatments, which isn’t even the case.  I’m the one paying those monthly premiums, and I’m also the one paying the 20% that isn’t covered by the policy.  Not you.

Is the ACA perfect?  Of course not.  I’m not claiming that it is.  Here is what I am claiming: Your health is not more important than my health.  I don’t deserve to be refused adequate care for my health problems because insurance companies don’t want to pay, and the cost of healthcare in this country is obscene.  This system is broken, and it needs to be fixed.  The way to fix it is not to stop providing care to those who need it the most.  Anyone that thinks that any human being should be denied necessary medical treatment is not someone I want to know.

because I give zero fucks about Miley Cyrus or the VMAs.

I’m too busy making bank and banging my bf. 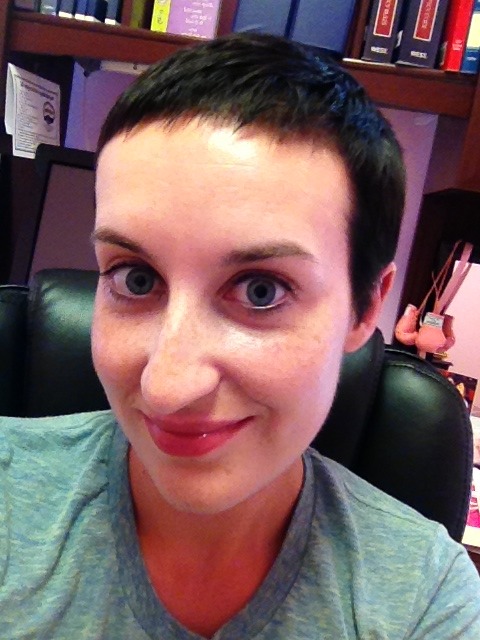