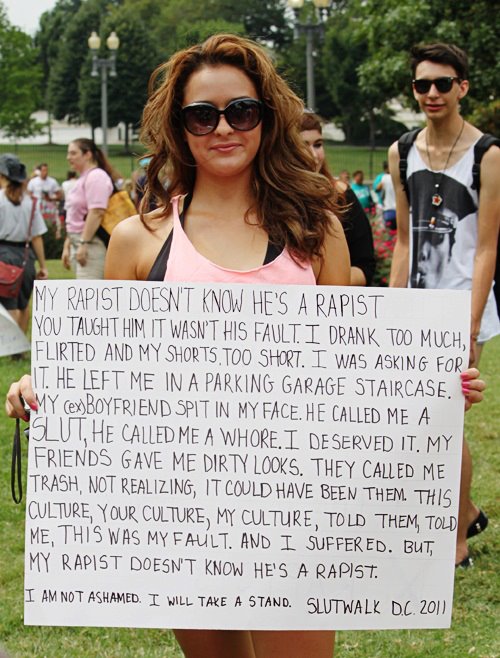 I am this person.

Or should I say I am this cat?

I love making lists.  Love.  My lists are usually written on some type of paper: a legal pad, a post-it note, or my paper journal.  At the end of every year, I do a list of resolutions, though I prefer to call them goals, for the upcoming year.  I can’t find my 2012 list to determine if I accomplished any of the stuff on my list.  So this time I’m putting it here, and tagging it, so that I can check my progress.

That’s it for now, though I’m sure I will think of things to add as the year progresses.  I’m excited for 2013.  2012 has been a hard year.  My dad died.  My marriage ended, which was accompanied by an enormous amount of drama.  I was diagnosed with breast cancer and had two surgeries in one month.  That’s a lot of heartache for one year.  There have been some really high points, however.  I got to know a really amazing person, and can now freely spend time with him.  I got to live on my own for the first time ever, and have learned a lot about myself because of it.

I’m very excited to see what 2013 has to offer, and beyond grateful for the opportunity. 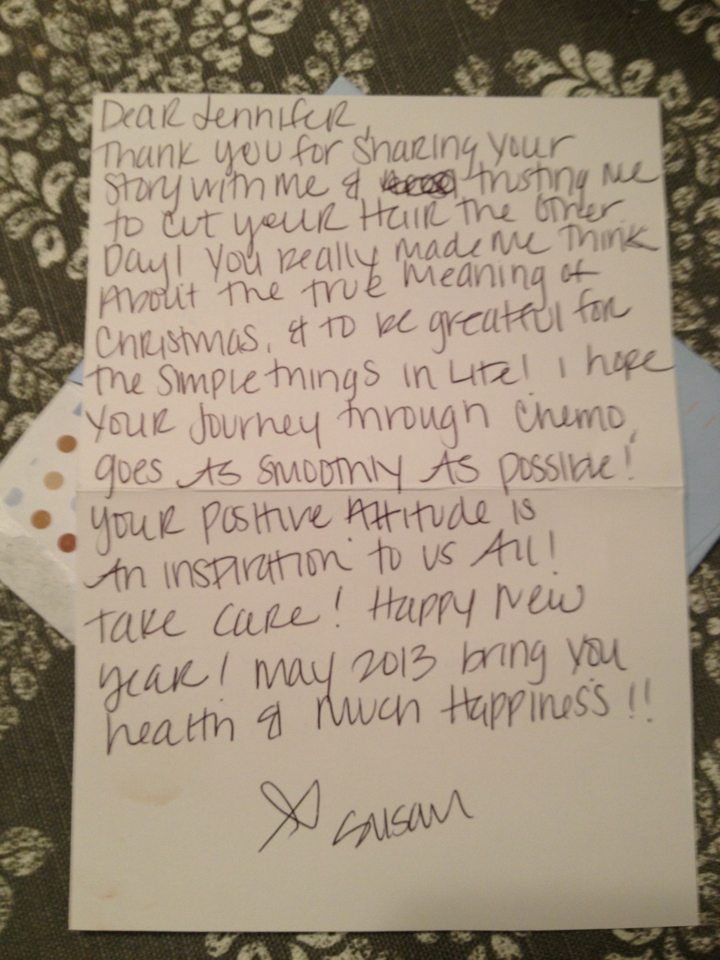 I’ve been feeling a bit depressed lately, which I think is completely normal under the circumstances. Staying at home a lot makes me feel lazy, worthless, and generally blah. Luckily, I am recovering well from my surgeries. My incisions are healing nicely. I’m feeling mostly normal, with the exception of the incision under my left arm, but even that is doing okay.

I’m feeling good enough that I started going back to the gym. Last night was the second time. I ran/walked about 4 miles each time. I have to go slowly, as I’m not allowed to go back to faster running until at least 6 weeks have passed. I’m only at a month today. (One month ago today I was at Barnes recovering from my double mastectomy. Wow. Time moves quickly.) So I’m slowly trying to get back to where I was. I have decided I’m not giving up on the half-marathon in April, so I have some serious running to do. I will say that running is harder now, especially with tissue expanders.  Imagine running with two rocks in your chest.  That’s exactly what it feels like.  It’s only going to get worse.  Fills start on Jan 3rd.  It will be interesting to see how much chemo fucks up my training. Still…I’m doing it. Even if I have to walk part of it.  I’m not allowing cancer to take everything away from me. Cancer can fucking suck it. Running the Komen 5k in June will be a breeze comparatively. I figure I have to go back to doing that now. I’ll probably cry.  I try not to think about it.

This is my last week of medical leave. I’m going back to work on Wednesday. I’m not entirely sure what to expect. Chemo will be starting soon, so that may (probably will) throw things off schedule. I’m hoping I’ll be one of the lucky ones who can manage to make it through without the side effects being too horrible. Guess I will soon know.

This short hair is kind of getting on my nerves.

It’s actually a lot harder to deal with than my long hair was, because I can’t just put it in a ponytail or bun anymore when it’s being uncooperative. When I wake up in the morning, it is usually sticking up in multiple directions.  It’s not cute. I have taken to wearing a knit cap around the house on the mornings I don’t feel like washing, drying, and flat ironing it. That’s such a pain in the ass. I have a feeling I will shave it off soon, but before I can do that I need to decide on a few wigs. The options are overwhelming so it’s hard to decide.

I have Jax this weekend (yay), though only until Sunday. Sunday is Grant’s birthday, and he has asked for Jax that day. Grant also has him Monday for NYE. I finally have my NYE plans set, and I’m excited. I cannot remember the last time I went out for NYE. The only thing that comes to mind is 1999 in Los Angeles, but I know that cannot be right, though it was by far one of the most memorable ones. I do remember a NYE spent in Columbia with Brad and Carrie. I remember burnt steak and cheap wine. Those were the good old days. Carrie, do you remember that?

I went into the office today to pick up some money and other things. Tim was putting the second coat of pain on the walls in my office. It is PINK. Eason says it’s like walking into a giant vagina. I don’t know about that, but it’s definitely intense. This picture doesn’t capture how pink it really is.

Tim also hooked me up with the first half of season 3 of The Walking Dead, which he has been recording on dvd for Robert and I.  I’m way hooked.  It is one of the best shows I have seen in a long time.  I highly recommend it.  I will watch these eight episodes over the next week and then I’ll be caught up when season 3 returns in February.  Yay!!! ❤ 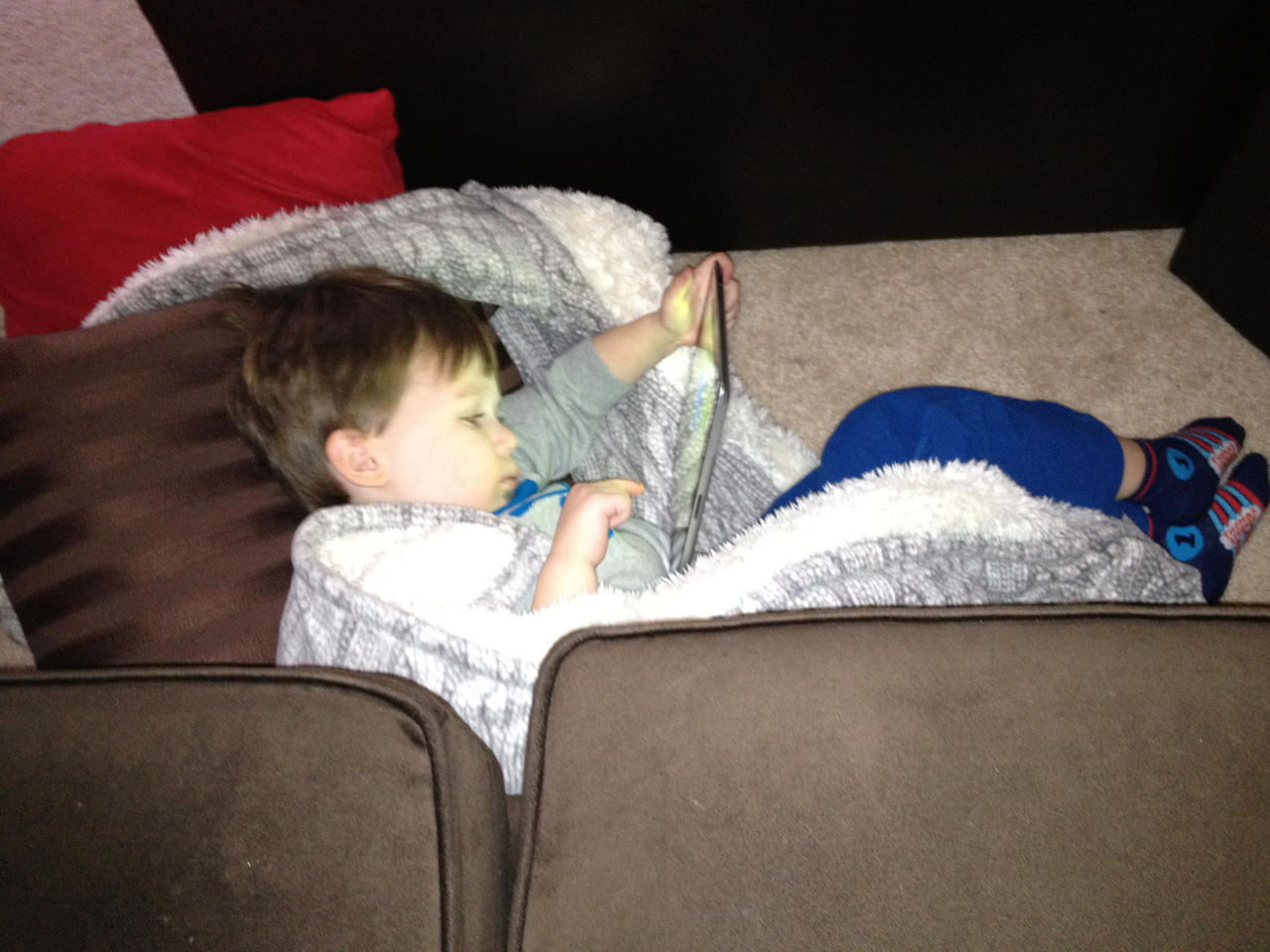 When I was diagnosed with cancer, my immediate reaction was to hit the internet and learn everything I could about breast cancer. I wanted to know my chances of survival, of course, but I also wanted to know what I would look like, how I might feel, what reconstruction would be like, and if I could ever feel normal again; just to name a few.

I have learned a lot in the last two months.  One of the things I have learned is how cancer changes your relationships.   I have been lucky enough to build an amazing network of friends over the course of my 33 years.   Before I had cancer, I could have told you, without a doubt, the people that  I would be able to count on during the worst time of my life.  The names would have come out of my mouth easily, and without a second thought.  Turns out, I was wrong.

It didn’t take long before my world spun completely out of control.  In fact, it happened in a matter of days.  In the very beginning, I thought everything was as it should be.  The people I expected to step up immediately did, and even a few who were surprising.  Unfortunately, as time has worn on, some of my closest friends have become, sadly, disappointments.

Sometimes I wonder if it’s me.  I know I have changed.  I have less tolerance for nonsense than I had before, and let’s be honest, I never had very much.  That said, I was always one to listen to whatever problem anyone wanted to discuss, no matter how my own problems might compare.  I learned from a very young age, that having big problems could cost you friends.  See, people want to be friends with those that they can confide their problems to, without feeling judged or guilty.  I had a rough childhood.  I was surrounded by poverty, abuse, drugs, alcoholism…the list goes on and on.  I went to school many a day, and listened to friends bitch about how they were mad at their mothers for not buying them something, or so crushed because the boy they liked didn’t return their favor.  I listened to this, with sympathy, and offered words of advice and encouragement, despite the fact I had been up most of the night, listening to my mother being beaten, and praying to God it wasn’t about to be my turn.  I got used to hearing things like, “Oh I feel stupid telling you this, because my problems don’t compare to yours, but…” And I acted like it was on the level.  Because what was I supposed to do?  What can you ever do?

The good news is that not everything is bad. I have gained the love and support of people whom I never would have expected to step up.  I have found out that I have touched more lives than I previously believed possible.  I have discovered that life is worth fighting for, and I will do it, no matter the cost, because what choice do I have anyway?

The title of this post is some thoughts on living with cancer.  It seems appropriate, because even after the cancer has left my body, I will still be living with it.  I will live with it every day for the rest of my life. 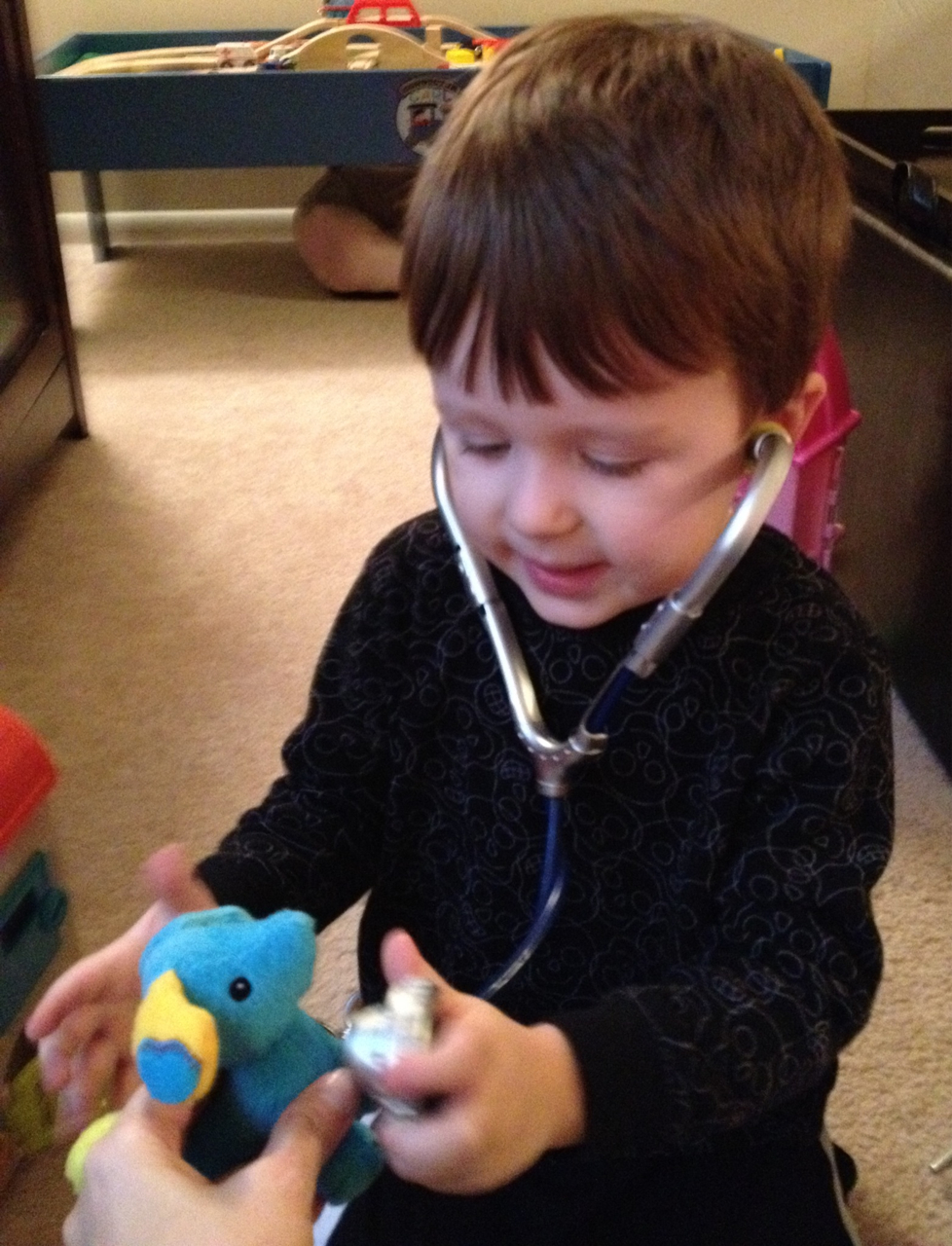 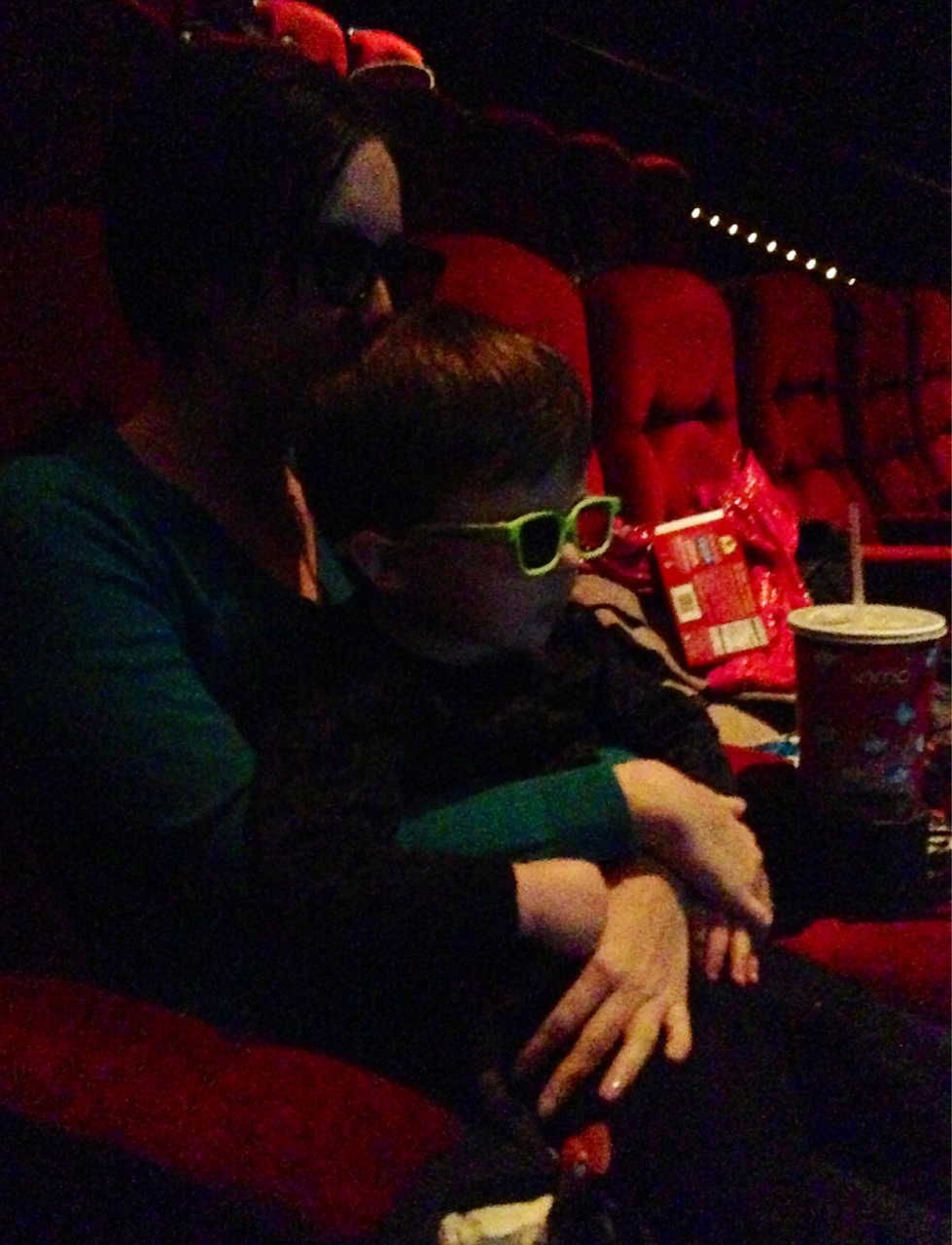